Ben Hodges: I’d like to see the USA increase its infrastructure in Georgia, especially to support rotational forces and strategic air lift 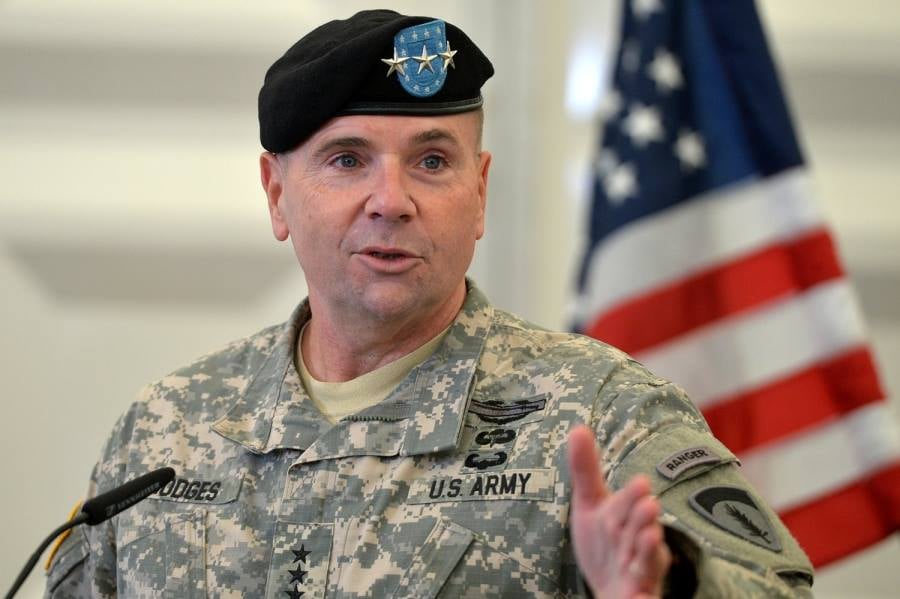 _Dear General, in your interview regarding the Karabakh conflict, you said that you considered the deployment of Russian peacekeepers in the region to be the worst-case scenario. How will you assess the current situation?

I’m glad to see an end to the fighting and killing, especially of civilians. I’m glad that Azerbaijan, with Turkish support, has decided against overreaching. I hope that the agreement will last and that both sides will respect the agreement. But I think there are other nations who could have provided a peace-keeping force instead of the Kremlin. I would consider the Russian forces which are deploying there today to be more like occupiers rather that peace-keepers… similar to what they have in Transdniestra, Abkhazia and South Ossetia. They are actually “piece keepers”.

_What changes do you think this will lead to in the region? What will be the influence of Turkey and Russia in the Caucasus, in what ratio and with what perspectives?

Turkey has demonstrated an ability to influence its region as well as showcase the high level of modernization of some of its capabilities… And the quality of training and advising it has provided to Azerbaijani Forces. But I can’t tell yet what the long-term implications are for Turkey in the region…They certainly seem to be trending positively at this point from a Turkish perspective. Perhaps Turkey will use this for a responsible, positive approach to improving stability and security in the region… And for doing more to counter Kremlin aggression in the rest of the Black Sea Region.

_What fate awaits the important routes and corridors that run through these areas and connect the West and the East with this new configuration?And what will all this bring or change for Georgia as a country with a transit corridor? In general, how does this new 'order' affect it?

This is the key strategic question… Will the new circumstances help or hinder development of the Aze-Geo East West corridor that connects Europe and Eurasia… the only such corridor for gas, telecommunication and air travel that doesn’t go thru Russia or Iran. Having Russian ground troops there as occupiers is not likely to be very helpfulThe significance of the Russian bases in Armenia, close to Georgian territory, has gone up and so Georgia and its partners, like the USA, should pay attention to this. I’d like to see the USA increase its infrastructure in Georgia, especially to support rotational forces and strategic air lift, as well as maritime presence… this is part of great power competition…demonstrating that this region is important to us and that we’ll invest in diplomacy, information, and private economic investment as well as continuing security cooperation.