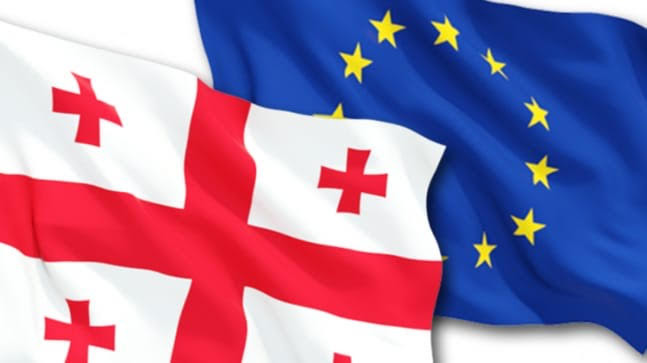 On Wednesday, April 13th a kick-off conference of the EU-funded twinning project „strenghthening of institutional as well as human capacities of the Geoegian National Agency for Standards and Metrology (GEOSTM) according to international/EU best practices" took place at the Radisson Blu Iveria Hotel.

The overall objective of the project is to support Georgia in full fulfillment of its obligations under the EU-Georgia Association Agreement (AA), DCFTA, and Association Agenda in the fields of standardization and metrology, as well as further enhance the standardization and metrology infrastructure and services in accordance with European and international best practices. The main beneficiaries of the project are the Georgian National Agency for Standards and Metrology (GEOSTIM) and the Ministry of Economy and Sustainable Development of Georgia (MoESD). The EU member state partners are the Italian Accreditation Body (ACCREDIA), the Italian National Metrology Research Institute (INRIM), the Italian National Stadardisation Body (UNI), supported by the Spanish Metrology Center (CEM), FIIAP F.S.P. and the Spanish Association for Standardization (UNE).

In the comments with "Europetime", the participants addressed the project's value and benefits. Economic integration with the European Union, particularly the effective execution of a deep and comprehensive free trade agreement, is a priority, according to Mariam Gabunia, Director of the Ministry of Economy's Foreign Trade Policy Department.

Speaking to Europetime the Director of Cooperation and International Relations of UNE, Vito Fernicola, said the project is important for both the Georgian National Agency for Standards and Metrology and the Italian-Spanish consortia that support the project.

Enrico Valvo, the Italian Republic's Extraordinary and Plenipotentiary Ambassador to Georgia, stated that the project is significant since it affects a key infrastructure, namely infrastructure quality. This includes metrology. The importance of receiving a questionnaire from Georgia on EU membership was underlined by Enrico Valvo.