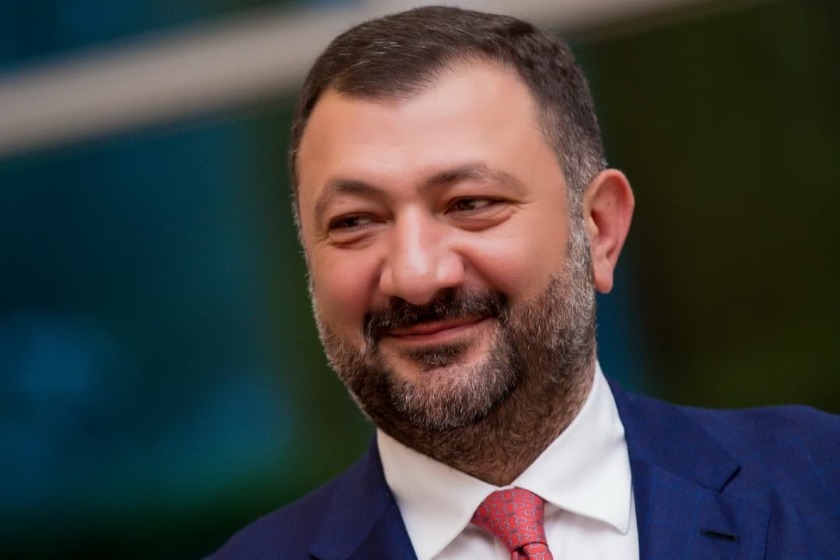 Mamuka Murjikneli has been appointed Director-General of the new Batumi Multimodal Terminal.

He is qualified and experienced in the field of diplomacy, as well as in the field of economics and business. He started his career at the Ministry of Foreign Affairs. At various times, he served as Attaché (for Commercial Affairs) and as a Senior Counselor at the Embassy of Georgia to the United States, Canada, and Mexico. From February 2019 to May 2021, he held the position of Ambassador Extraordinary and Plenipotentiary of Georgia to Turkmenistan. He also has extensive experience in private business. In 2005-2007, Mr. Murjikneli worked at Camargo Energy Corp as Manager External Affairs. In 2007-2015, he worked for Tethys Petroleum Limited and he held the positions of Manager of External Affairs, Head of Corporate Affairs, and Vice President of External Affairs. In 2015-2017, he worked at Skyland Petroleum Group as Vice President of External Affairs. In 2017-2018 he was an Independent Consultant in the regions of Central Asia and the Caucasus.

Note: The construction of a multimodal mineral fertilizer terminal on the territory of the Batumi Sea Port was completed in 2021. The regional-scale project that will be dedicated to transshipment of cargo from Central Asia countries to the European market through Georgia has been implemented with the partnership of a leading American corporation Trammo and Wondernet Express Investment Group with an investment of $ 25 million.

The development of the project involved leading design institutes of Europe and the world's largest suppliers of ship loading and storage equipment. The terminal is fully automated and includes conveyor systems and ship loaders. It is equipped with modern equipment for the resetting of mineral fertilizers, with the latest filtration technology. The terminal production capacity allows the process of up to 1,500,000 tons of mineral fertilizers a year.

Over 100 people, mostly from Adjara, are employed on the terminal. In the near future, the company is planning to increase the amount of investment, as well as the number of working places. Note: ‘Trammo’ is ranked No 56 on Forbe’s list of America’s largest private companies.