Richard Barrett: The main goal is to establish an efficient and fair appointment procedure for judges of the Supreme Court 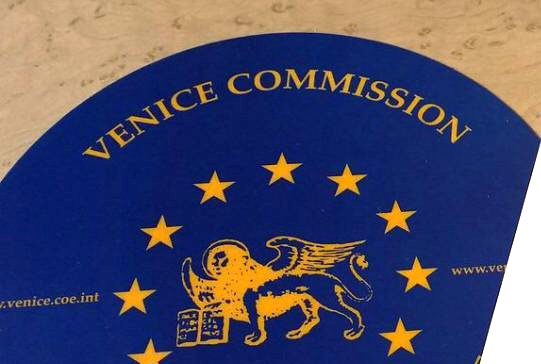 The Venice Commission in its urgent opinion welcomes the amendments to the Organic Law of Georgia on Common Courts, which have taken into account several of its previous recommendations. Nevertheless, there are certain outstanding recommendations that should be considered in order to ensure even greater clarity of the legislation, transparency, and fair treatment for all candidates.

As far as shortlisting and voting are concerned, the Venice Commission has praised the amendments for explicitly mentioning the principle of equal treatment of candidates, shortlisting only candidates who have achieved the best results, and disclosing the identity of the voting members of the High Council of Justice (HCoJ). Voting as such is an imperfect mechanism, as it is difficult to base an efficient merit-based appointment on a voting procedure; however, the level of transparency now proposed together with an appeal process should be of some help, the Venice Commission notes.

As for the appeal mechanism, the Venice Commission welcomes that decisions by the HCoJ are now open to further appeals to the Qualifications Chamber of the Supreme Court. The Venice Commission, however, repeats its earlier recommendation to consider modifying the composition of the HCoJ that would take a new (second) decision on the same candidate after the appeal to the Supreme Court’s Chamber has taken place. Besides, the appointment procedure should have stayed until the Chamber renders its decision. These recommendations are made to ensure a meaningful right of appeal, the Venice Commission says.

The current situation where the Georgian authorities wish to retain the ongoing competition under which initial interviews already took place under old rules, and the new interviews will be governed by new rules, “needs to be handled with great care, as it raises a major concern of equality of treatment of candidates”. To ensure that there is an equality of treatment of candidates, the selection procedure may need to be restarted, the Venice Commission recommends.

„This is a sensitive area where the aim must be to attract the best candidates to help the administration of justice in Georgia and see that the candidates are treated equally. The process should also be as transparent as possible to maintain public confidence“, - said one of the rapporteurs for the Urgent Opinion on Georgia, Mr. Richard Barrett, member of the Venice Commission for Ireland in a comment with Europe Time.

`Progress can be noted in the amendments by the introduction of a reference to the principle of equal treatment for all candidates in the public hearing procedure and by explicitly stating that only candidates having achieved the best results are shortlisted. Also, the wording used on the non-disclosure of the member of the High Council of Justice (HCoJ) identity with respect for the evaluation decisions and justifications has been removed and failure to supply reasons will disqualify the member of the High Council of Justice from the entire procedure. Last but not least, the introduction of the possibility of appealing subsequent decisions by the High Council of Justice to the Qualifications Chamber of the Supreme Court is also progressing to be welcomed and is going in the right direction`.

As for the main problems and achievements in the area in question, Mr. Richard Barrett stressed that “the main goal is to establish an efficient and fair appointment procedure for judges of the Supreme Court”.

`This means that there are certain elements that must ensure that the procedure is fair in its treatment of all candidates and that there is a meaningful right to appeal. In this respect, there are a number of outstanding issues that still need to be tackled and these include staying the entire appointment procedure – for all candidates – when an appeal is made by one of them to the Qualifications Chamber of the Supreme Court. This is important for there to be a meaningful right to appeal. The composition of the HCoJ for subsequent decisions should also be modified so as to ensure that there is no bias (etc.) – following the normal recusal procedure for members of the HCoJ, in this case, would not be adequate. Finally, these current amendments are indeed welcome but their enactment during the current competition may have consequences for the candidates in that competition. In order to ensure that candidates are treated equally despite the amendments happening during the competition, it may be necessary to take some steps in the process again or even restart the process completely.

On the whole, it is very difficult to base an efficient, merit-based appointment, on a voting procedure, as is done in the procedure for the appointment of Supreme Court judges in Georgia. Notwithstanding this fact, the level of transparency now proposed together with an appeal mechanism should be of some help`, - said Mr. Richard Barrett.

The opinion was requested on 8 April 2021 by the Speaker of the Parliament of Georgia. It was prepared under the Quick Response Mechanism, financed by the European Union and the Council of Europe, and implemented by the Council of Europe in their Partnership for Good Governance, phase II.